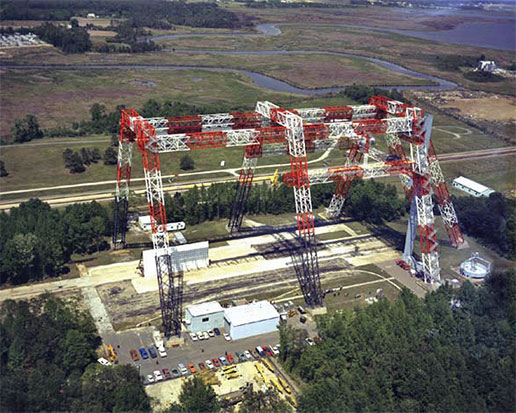 The complex has been used recently for space exploration research testing, with the latest drop tests for NASA’s, Orion Crew Exploration Vehicle.  The LandIR is enabling research testing to determine the optimal landing alternative for NASA’s first, manned dry landing on Earth. Additionally, these tests enable crucial understanding of lunar landings and vehicle re-entry in preparation for Orion’s journey to the International Space Station, the moon, and beyond.

The flexible LandIR complex can be configured to perform various types of tests including retro-rocket landing systems and scale-model water landing tests using a four-foot-deep circular pool.  Many tests have been conducted at night to recreate lighting conditions on the moon.

NASA Langley’s LandIR complex is serving a vital role in the development of aeronautical and space exploration systems, and is poised for significant contributions in the future. 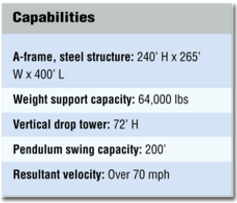 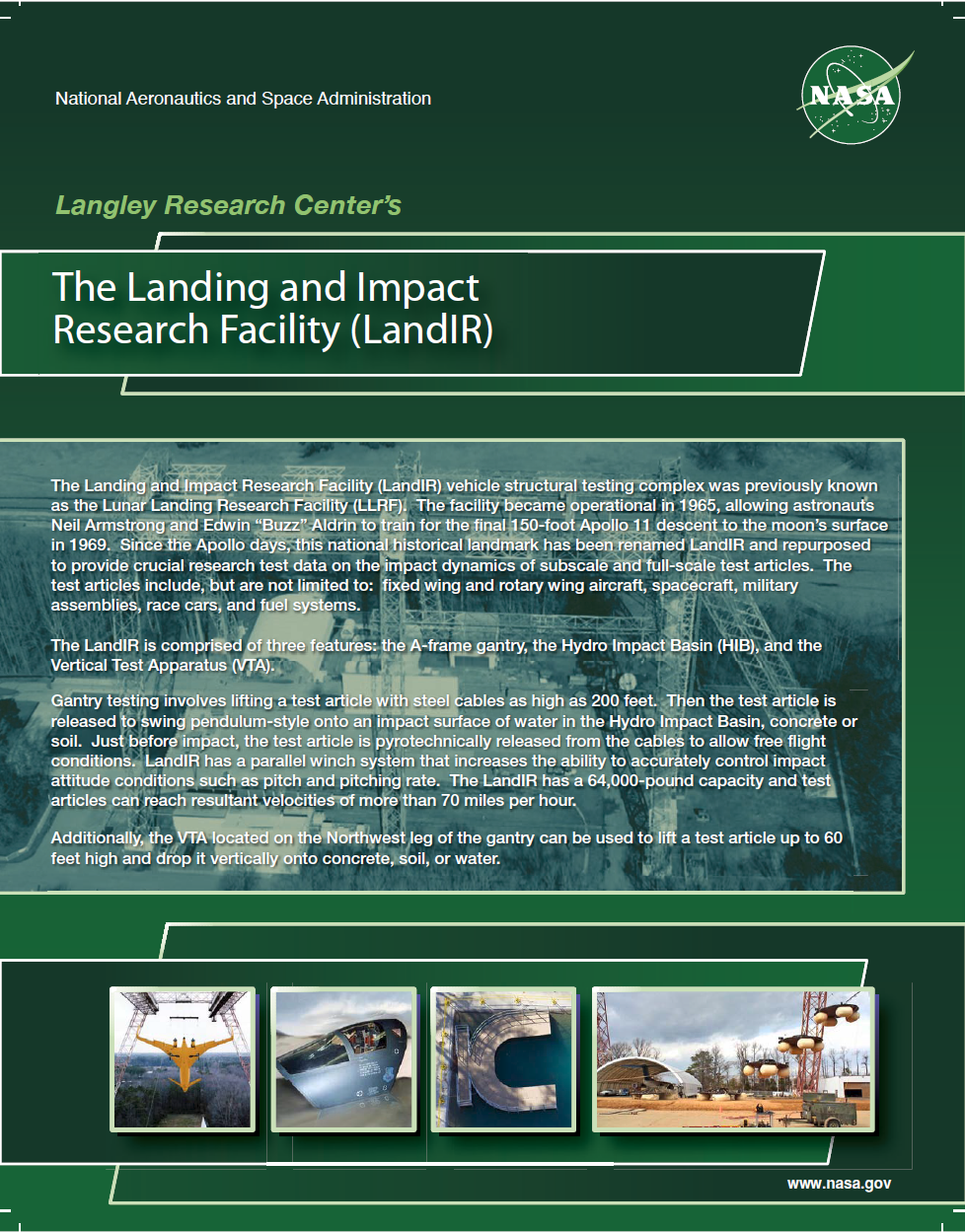