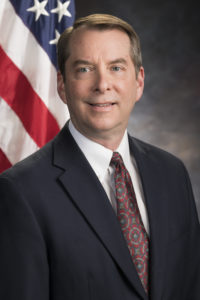 Charles M. (Mike) Fremaux is Chief Engineer for the Intelligent Flight Systems product line within the Research  Directorate (RD) at NASA Langley Research Center, where he began conducting flight-dynamics related research in 1990.  Following completion of his M.S. in mechanical engineering from LSU and a short stint as a civil service engineer with the U.S. Navy’s shipboard nuclear power program, Mr. Fremaux came to Langley in 1988 as a graduate student at The George Washington University Joint Institute for the Advancement of Flight Sciences (JIAFS), and did his thesis research on induced drag reduction in the former Flight Research Branch.  In 1990, he accepted a position with Lockheed supporting the Flight Dynamics Branch in the area of aircraft spin research and dynamic modeling.  During his time with Lockheed, Mr. Fremaux worked on research and development projects for NASA, DoD, and industry.

In 2005, Mr. Fremaux served a seven-month detail assignment as executive assistant to the Langley Center Director, and in early 2006, he was selected as Assistant Head of the Flight Dynamics Branch. He was named Head of the Flight Dynamics Branch in June of 2008, and served a one-year detail as Associate Director of the Research Directorate in 2011-2012 where he led the Center transition to the new TEAMS 2 contract and co-led the Langley Facilities Studies Team.  He is currently the Center lead for advocacy and development of the new Flight Dynamics Research Facility, and is the facility manager of the 20-Foot Vertical Spin Tunnel and the 12-Foot Low Speed Tunnel.  In 2013, Mr. Fremaux was awarded the NASA Outstanding Leadership Medal for his contributions to Agency missions.