Test Section & Performance
The Langley 12-Foot Low-Speed Tunnel (12-Ft LST) is an atmospheric pressure, open circuit tunnel enclosed in a 60-foot diameter sphere.  The test section is octagonal with a width and height of 12 feet and a length of 15 feet with each octagonal side measuring 5 feet.  The maximum operating pressure is q=7psf (V=77 ft/sec at standard sea level conditions) which corresponds to a Reynolds number of approximately 492,000 per foot.  The longitudinal center-line-flow in the test section has a turbulence level of about 0.6 percent.  Test section airflow is produced by a 15.8-ft. diameter, 6-blade drive fan powered by a 280 HP, 600 volts, 600 RPM DC motor which is controlled by a 500 HP AC motor, that drives a field controlled generator.

Model Observation
Direct observation of the test is available during tunnel operations through large control room windows.  Also S-VHS video cameras and video tape decks are available for recording views of the model and test section while the tunnel is operating or recording flow visualization results. 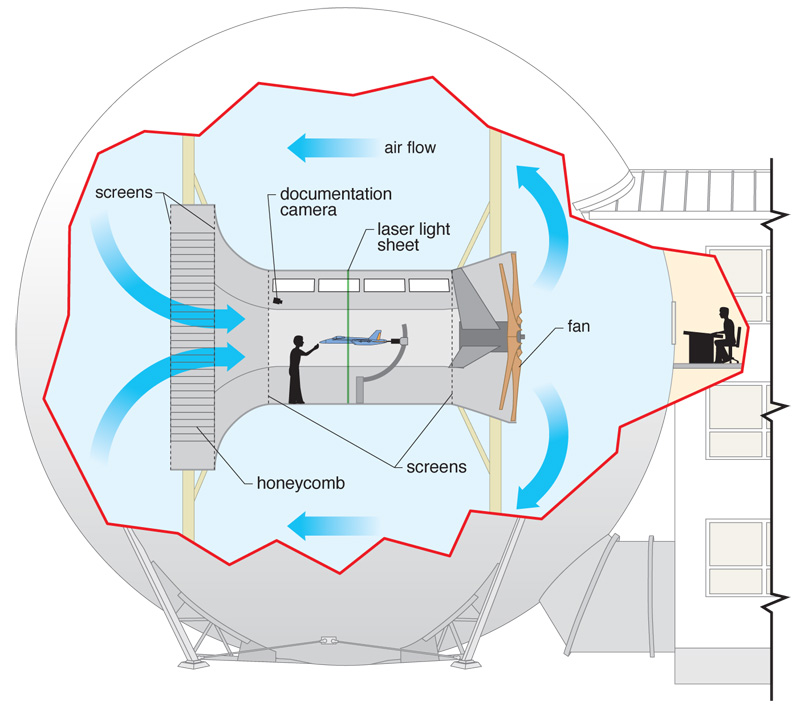 Data Acquisition and Processing
The 12-Ft LST static and dynamic data acquisition system is a UNIX based computer system and is used to acquire and store static or dynamic force, moment, and surface pressure measurement data, as well as for rig motion control. Data reduction is available on line and the data is available for plotting at the end of each run. All data are stored on disks and can be converted to most standard formats

Safety and Design Criteria
Langley’s LHB 1710.15 Wind Tunnel Model System Criteria is the guideline for model design and fabrication. Model installation and any exceptions to this document must have the approval of the 12-Ft LST Safety Head on a case-by-case basis to assure personnel and tunnel hardware are not exposed to risk.

Facilities Available to Users
The work conducted in 12-Foot Tunnel is generally exploratory research for the screening and refinement of advanced aerospace technologies and vehicle concepts.  Much of this research focuses on stability and control characteristics, and on understanding the steady and time-dependent aerodynamics responsible for these characteristics.  Because the aerodynamic loads are low, many tests can be conducted with relatively simple and inexpensive models constructed of fiberglass, foam, and wood.  These models are typically designed to allow quick assessment of a wide range of configuration changes.  Tests conducted in the 12-Foot Tunnel with external partners are usually performed as cooperative research activities, and must provide research content that benefits NASA.  Potential users should contact the 12-Foot Low-Speed Tunnel Manager to discuss research opportunities and model/test requirement.

Testing Capabilities
Langley’s LHB 1710.15 Wind Tunnel Model System Criteria is the guideline for model design and fabrication. Model installation and any exceptions to this document must have the approval of the 12-Ft LST Safety Head on a case-by-case basis to assure personnel and tunnel hardware are not exposed to risk. 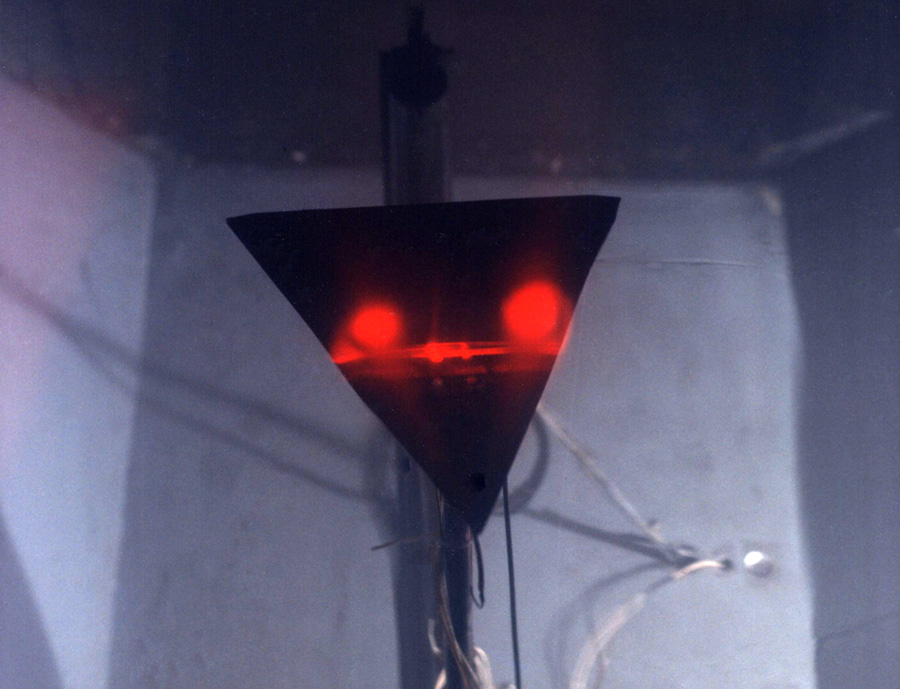 Future Test Techniques
A dynamic-force test rig is under development that will allow the standard forced oscillation derivatives to be measured about the roll or yaw axes.  The dynamic roll and yaw rig has an amplitude of +/-170 degrees and is designed to be interchangeable with the existing static sting and operate on the C-strut.  This will allow for an unlimited angle of attack and 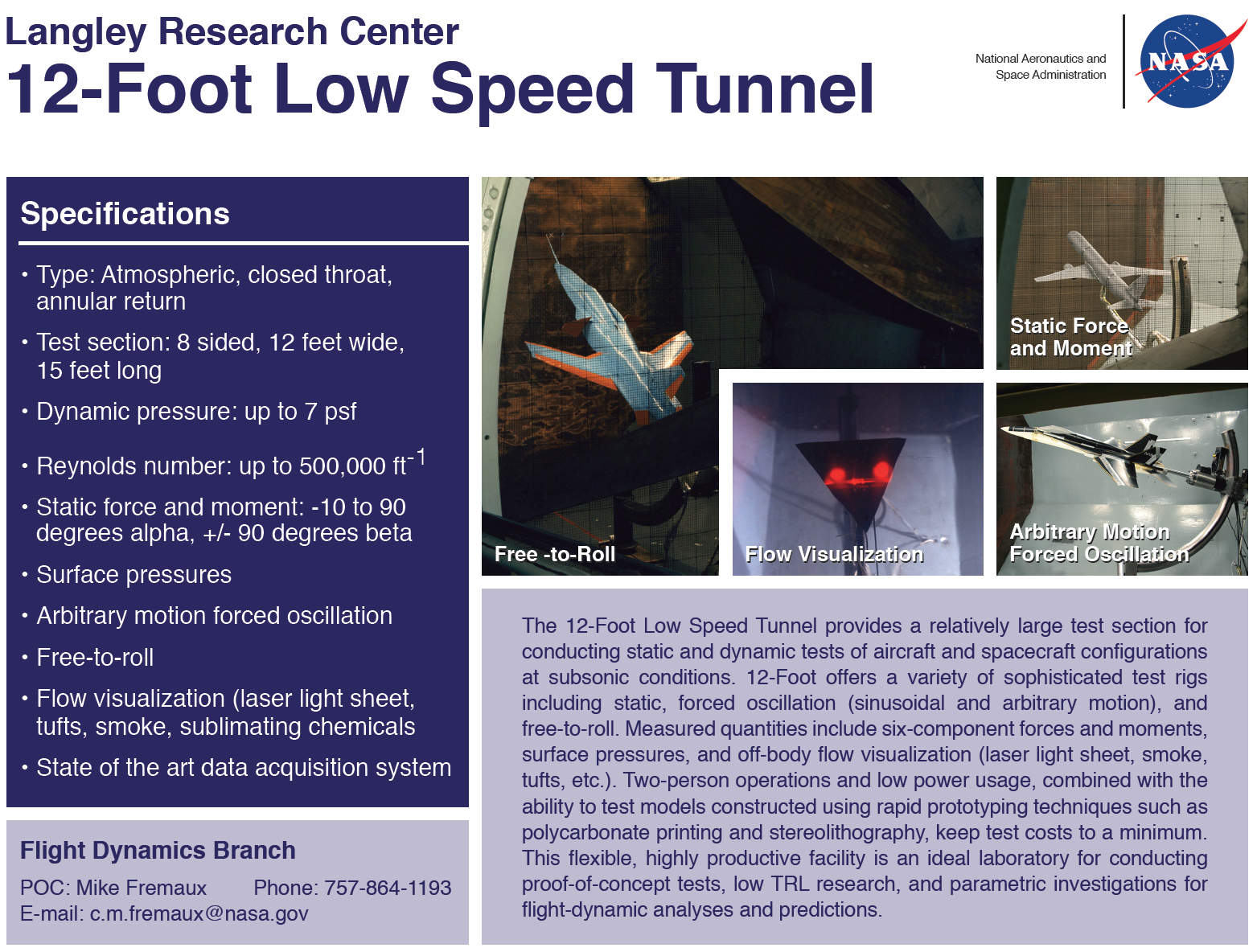 sideslip capability.  The frequency of this motion will be determined by the velocity and amplitude required.  In addition to forced oscillation the rig is capable of undergoing any programmable motion for which time history data is requested.  The model for this type of testing is limited to 90 pounds. 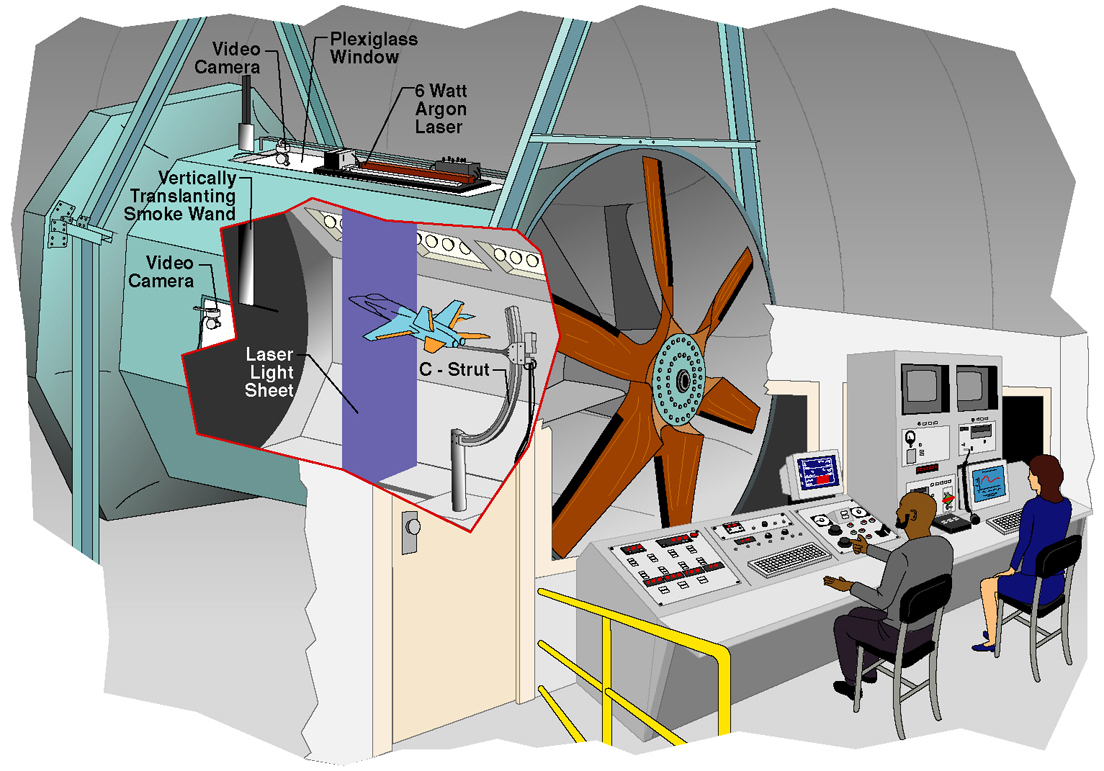