Reynolds numbers up to 100 million per foot can be attained in the cryogenic mode of operation in the 0.3-Meter Transonic Cryogenic Tunnel (0.3-M TCT). Research testing of two-dimensional airfoil sections and other models has been conducted in this highly adaptable research facility in which the ceiling and floor can be streamlined in order to significantly reduce wall effects on the model.

Featuring a test section with a computer-controlled angle-of-attack and traversing wake survey rake systems, the 0.3-M TCT allows the Mach number, pressure, temperature, and adaptive wall shapes to be automatically controlled. Honeycomb and anti-turbulence screens have been added to the settling chamber for improved flow quality. 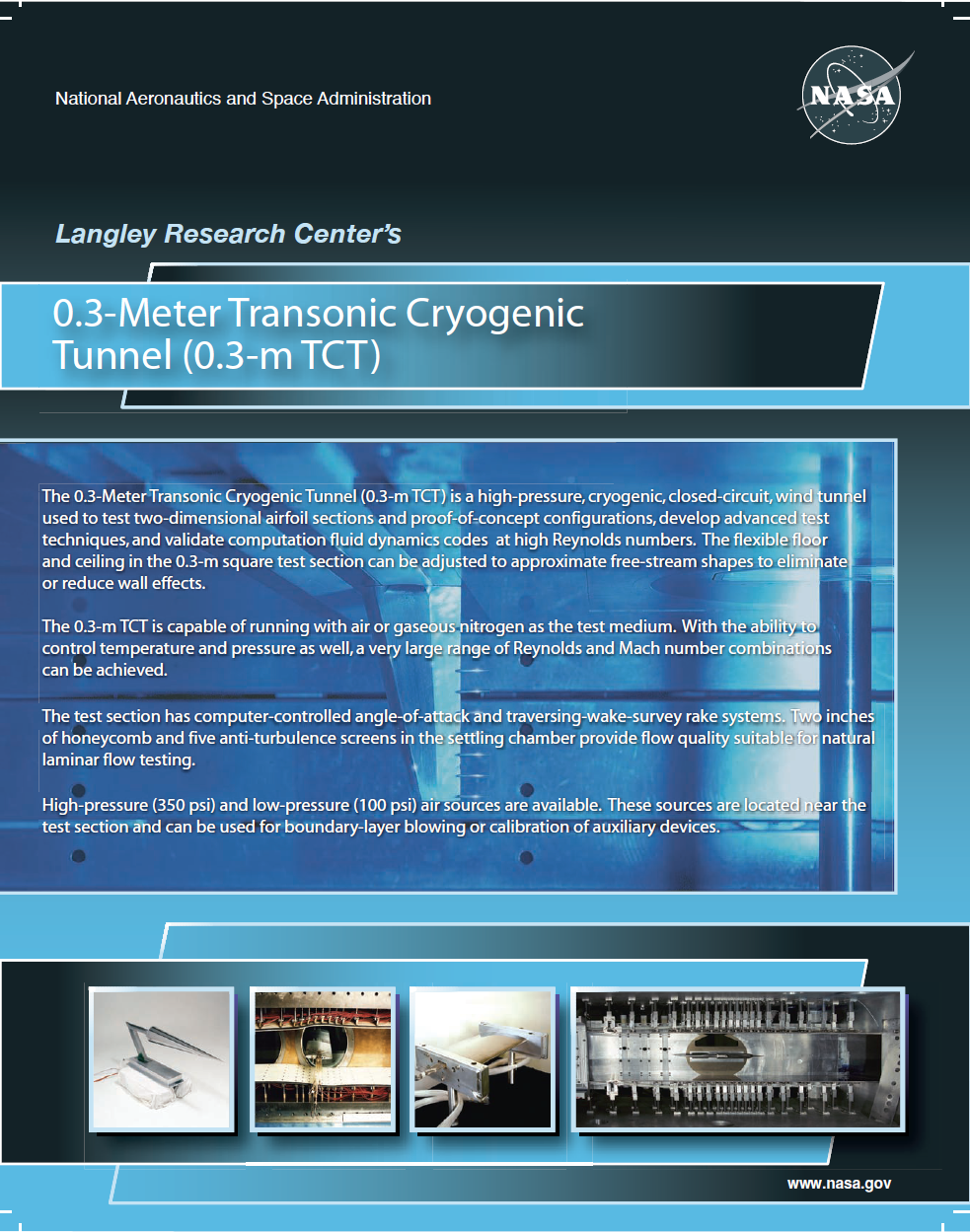 The 0.3-M TCT facility can also be configured for testing in air. Past customers conducting two-dimensional testing include commercial, university, and NASA sponsored research.